Why Flowers Say ‘I Love You’ 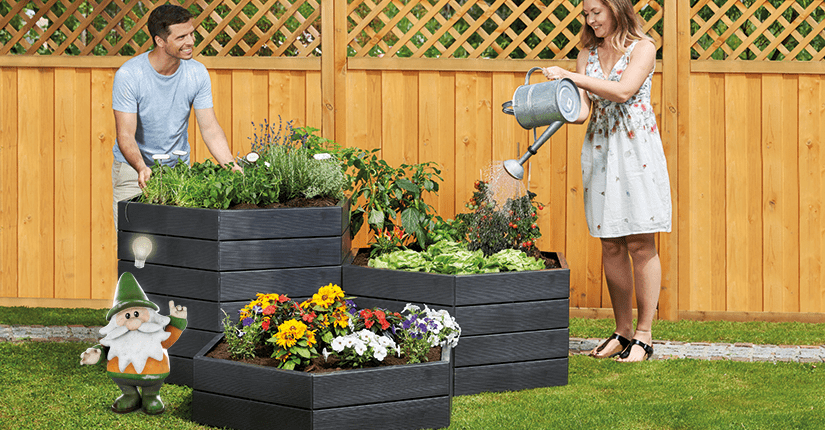 Valentine’s Day is the most romantic day of the year – a time when people all over the world shower their loved ones with gifts and affection. Have you ever wondered why exactly we give flowers on Valentine’s day? Even in modern-day and age, the shops are full of flowers the week commencing February the 14th, usually with a hefty price tag too! There are a lot of other options too for Valentine’s gifts. But, we’re going to explore the origin and history of gifting beautiful blooms on the day of love.

This special love day is closely connected with Italian culture, dating back to the third century AD, when the Roman Emperor, Claudius II, made it illegal for young men to marry. He believed single men made better soldiers in his army, as they had less to lose in battle.

A young priest called Valentine felt the law was unfair and risked his life by performing Christian wedding ceremonies in secret. Valentine was thrown into prison, and on 14th February 270AD, before being executed for his crime in overseeing Christian wedding ceremonies, he wrote an emotional letter to Asterius (who he befriended in prison) and his daughter, signing it, “Your Valentine.” This is a brief history on Valentine’s day and why its still celebrated thousands of years later

In the UK, £262 million is spent on flowers alone on Valentine’s Day, with red roses being the most popular gift. Around 75% of British men buy their loved ones flowers on the big day, while 25 million greetings cards are sent across the nation.

People began sending their loved ones flowers in 18th century Sweden when each flower had a special meaning. This meant people could have an entire, intimate conversation, purely through sending flowers.

Victorians also used floral bouquets to deliver a message to love interests. It was a modest way of sending appreciation to the person you loved when religion and love often had many rules hundreds of years ago.

Best Flowers To Say I Love You

Have you ever wondered why the rose is such a famous Valentine’s Day flower? In the Victorian times, the language of flowers was used to send particular messages through a bouquet. Researching and choosing a flower with meaning adds an extra special touch to your Valentine’s gift.

Red Roses have been considered romantic since ancient times. For thousands of years, the rose has been the flower of choice for Valentine’s Day. This bloom was sacred to many goddesses, including Isis of Egypt, and the ancient Greeks and Romans identified the rose with their goddesses of love, Aphrodite and Venus.

If you think red roses are too cliché, try red tulips. They mean “perfect love,” although it starts from a tragic love story. A Turkish legend tells of a prince named Farhad who was madly in love with a woman named Shirin. When Farhad learned that Shirin was killed, he was so overcome with grief and passed away. Supposedly, a scarlet tulip sprang up from each droplet of his blood, giving the red tulip its meaning.

Orchid plants are another popular choice on Valentine’s day. They symbolise love, wisdom, beauty, seduction, and refinement. Giving an orchard to your loved one is a way to show that you appreciate your love’s rare and delicate beauty. Orchids need a little more love and care in order to survive though, so be sure you treat them well. But, they can last for years, unlike fresh bouquets.

Pink carnations began with the belief that they first appeared on earth from the Virgin Mary’s tears, therefore they now symbolise a mother’s, undying love.

Whatever flowers you choose for your loved one, research the meanings for an extra thoughtful touch this Valentine’s day.

Why Do People Love To Receive Flowers

Flowers are beautiful. But they have so many other deeper qualities that can really cheer someone up and make their day. This is often why they’re the chosen gift at Valentine’s day, birthdays and any sort of celebration. Flowers are beautifully designed by nature to attract bugs and insects with their heavenly fragrance and beautiful petals.

Flowers are proven to lift spirits. Waking up to a stunning arrangement of flowers on your nightstand will start your day off right and fill you with positive vibes. Even better if they are scented such as lilies or roses, they will make your whole house smell divine!

But flowers aren’t just beautiful blooms. They have many powers beyond beauty and emotions. Withholding many meanings and sentiments, they have been known to help cure medical diseases for many centuries. Some flowers are known to fight against nausea and provide pain relief. Many natural remedies contain herbs or flower oils to fight illnesses.

Looking at an attractive bouquet sparks the memory of you when gave them, what words you used and the general magnificence of the moment. Flowers are a sure way to grab a someones attention and make them continuously think of you. They’re a nice reminder. Whether that’s when the recipient is working or sat chilling on the sofa.

Gerty in most instances is completely different from Garth. She is down-to-earth, humble and patient. She is observant and she definitely doesn’t believe in magic. Gerty knows that for every problem in the garden, there is a solution. She uses her extensive gardening knowledge to help Garth in the garden when his spells don’t work out as planned.